Turn on or turn off: is there too much sex on UK television screens?

What’s the story with the modern television sex scene? Are there too many of them? Or not enough? Are they overtly pornographic and shocking, or becoming so numerous they verge on monotonous? What about the actors who perform sex scenes: in the era of the post-#MeToo intimacy coordinator – this golden age of on-set respect and sensitivity – is TV sex feeling good for everyone?

TV sex is nothing new (the still-legendary I, Claudius aired in 1976), but increasingly the small screen is all panting, writhing bacchanalia. 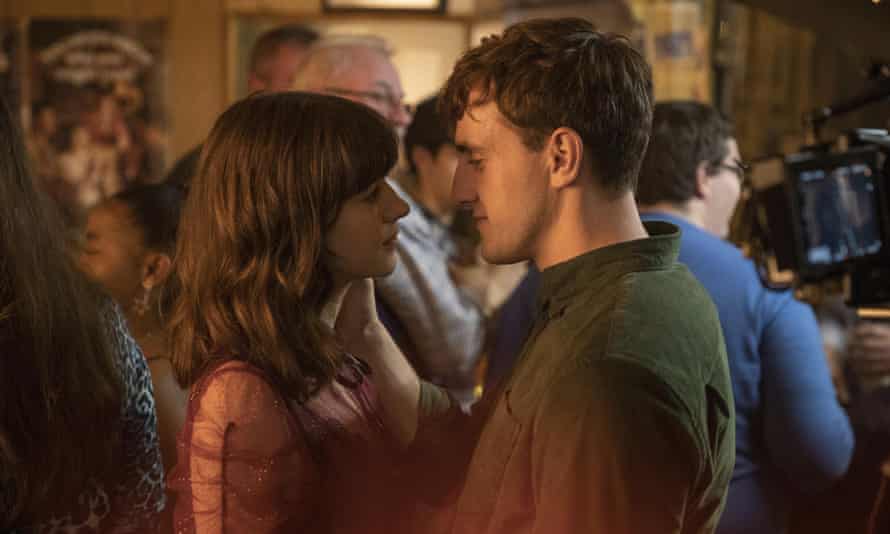 Normal People, starring Daisy Edgar-Jones and Paul Mescal, is an example of a drama that offers a positive image of sexual relationships to a younger audience.

But much as this is about a changing, more open and sexually charged world – and one affected by a pandemic – it is also about an evolving film and television landscape. The post-#MeToo era ushered in guidelines, moving towards a new protective climate where actors would no longer be at the mercy of capricious – and worse – producers and directors.

Enter, the intimacy coordinators, with tools of their trade including nudity riders, modesty patches, nipple pasties and vajogas (a yoga mat used as a genital barrier when two bodies are grinding against each other). They work alongside directors to turn difficult scenes into a form of choreography.

The intimacy coordinator also serves as an artist advocate, representing a crucial shift in the on-set power dynamic; the message being: just as with real-world sex, consent is all. Great, problem solved – right? Except that maybe there remain issues that are a little too complicated and deep-rooted to allow complacency to set in.

What about gratuitous, boring, unnecessary sex scenes – those that exist purely to prop up a lame plot? What about the fact that generally younger, less established actors perform the most explicit sex scenes?

For a while, reality shows such as Love Island featured pixelated “sex scenes” of contestants. Some of them were fine about it, but what about those who were not? While this was going on, all across the arts, working class people were finding it increasingly difficult to break in.

Certainly, entitlement is out there, as is ugliness within the industry. Ruth Wilson is reported to have left The Affair after suffering extreme disrespect, including coercion to perform scenes she was not comfortable with. When Emilia Clarke spoke about dreading nudity in Game of Thrones, there was a public pushback, basically amounting to: you were paid, stop whingeing.

As I thought at the time, it was almost as if Clarke was perceived as a buzzkill, splintering some fantasy of her unbridled joy at getting her kit off in front of millions. There was no acknowledgment that some actors – whatever their sex – are laid-back about doing sex scenes, while others, Keira Knightley among them, at times are not.

This is part of the problem: the dearth of nuanced debate. Some of us remember Mary Whitehouse and her campaign against onscreen sex and are in no big hurry to join her. That said, you cannot speak even mildly critically about onscreen sex without setting off the prude klaxon.

Personally, I find a lot of TV sex risibly gratuitous, and feel directors should be more creative. I still accept that the answer is not to replace the sex scene with clunking expositional dialogue along the lines of, “We’ve just had sex and how marvellous and life-affirming it was.”

In Girls, Lena Dunham’s nudity promoted body positivity. LGBTQ+ sex in shows such as It’s a Sin and the lesbian drama Tipping the Velvet can be groundbreaking and inclusive. All successful sex scenes perform specific functions in terms of plot development and characterisation.

Another underrehearsed aspect of this debate concerns power and who has it? Recently, Sydney Sweeney, a big rising talent, spoke of turning down a nude Euphoria scene: with the cooperation of her director, she felt able to use her power. In therecent Disney+ series Pam & Tommy, Lily James, playing Pamela Anderson (brilliant, by the way), was furnished with assorted prosthetics, including a fake breastplate. She still had to enact graphic scenes but not (really) with her own body: she was, in effect, her own prosthesis-clad body double.

Other actors ask for dimmed lighting, certain angles, or strategically arranged sheets. In the Sex and the City follow-up And Just Like That the character of Miranda has a riotous sex scene with her non-binary lover, Che. It is OTT, unintentionally hilarious: the fuss Miranda makes, you would think no one had touched her clitoris before. Tellingly, the scene is staged fully clothed, as befits an actor of Cynthia Nixon’s age and stature.

All of which is great, but it does not magically erase the reality for other television TV actors. Those who continue to feel degraded and nerve-racked about sex scenes, but who, even in the enlightened post-#MeToo climate, find it difficult to refuse graphic material. Actors who are starting out. Who need the work. Who need the first break. Who want to appear to be a team player. Who ostensibly have “choice” but – hmm – not really.

This is something to remember as we stand before the churning ethical tsunami that is 21st-century TV sex culture. If you have noticed a lot more sex, you are not imagining it, or a prude – it is happening, and while at times it is brilliant and valid, at other times, it is boring, unnecessary and potentially harmful. Moreover, let us remember that television is an artform with a remit wholly separate from pornography. No viewer is ever “entitled” to nudity or simulated sex.

Furthermore, sadly, it may be naive to think that all actors consider themselves fully protected, or that intimacy coordinators will always be welcome on set or listened to. Such measures may be an industry figleaf for issues that are of continuing concern. TV sex is not always great for everyone.