Top 10 Dirtiest Beaches in the World

Top 10 Dirtiest Beaches in the World: 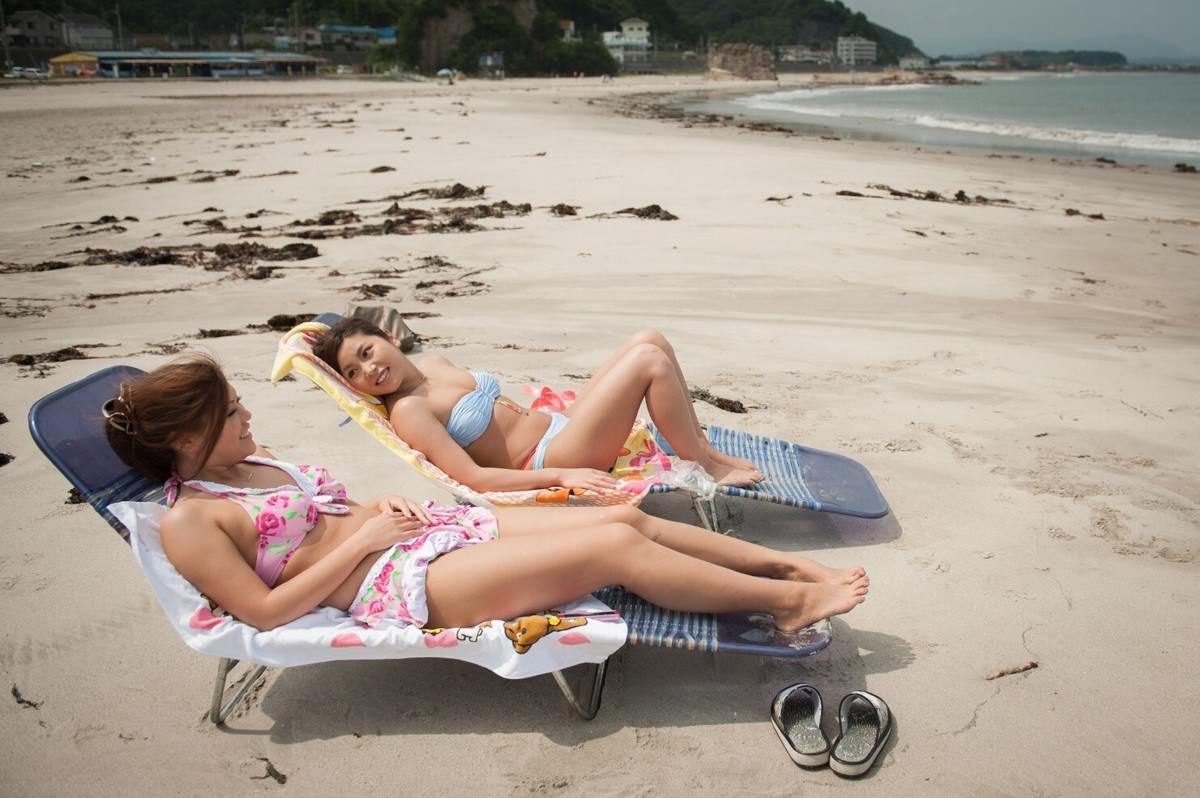 In 2011, Japan was left crippled by a tsunami that destroyed anything in its path. Fukushima, a city in Japan was probably hit the hardest. Many nuclear facilities in the city were torn down releasing radioactive materials into the nearby beaches. For years, the Nakoso beach was considered “Off Limits” by officials. It was only recently that a PR campaign was aired showing children happily playing in the waters of this once forbidden beach. While it might seem like everything is clear, many people choose to avoid the unnecessary risk that might show itself in the future. Would you allow yourself to swim in radioactive waters, even 7 years after a major disaster? 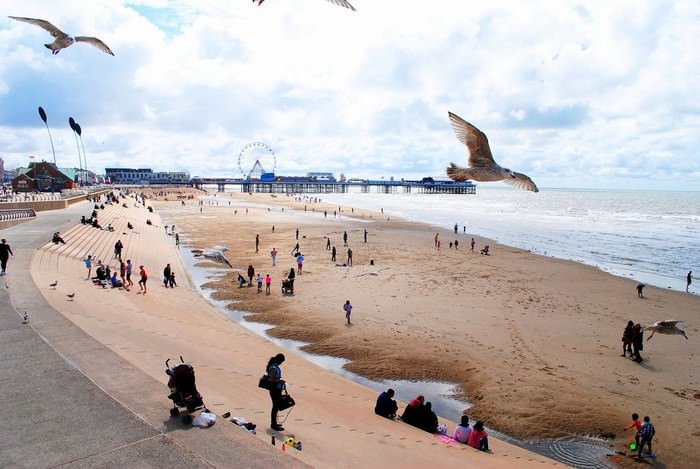 Considered to be one of the most popular beach locations in the United Kingdom; Blackpool is home to a number of beautiful beaches. They attract over 6 million visitors a year and the aftermath of this popularity has left all the beaches unpleasant, dirty, and downright inaccessible. The majority of the visitors to these beaches are young, partying enthusiasts.

Without much concern about the welfare of their surroundings, these people leave behind broken glass bottles, crushed cans, trash, food containers, and even syringes. The most disgusting part is that they also leave behind vomit after excessive drinking and other activities. This has led to many of the beaches being closed off to swimmers due to the poor condition of the water. 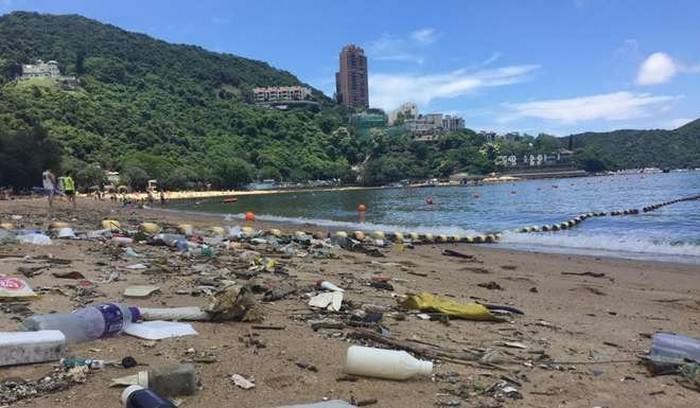 From afar, Repulse Bay in Hong Kong looks like a luxury getaway you would pay big bucks for. Get closer and you might find that your eyes deceived you. Even though the shoreline is covered with exclusive hotels and high-end condominiums, the beach is quite the opposite. Run-offs from the nearby construction sites make the water dirty and encourage the growth of algae, which in turn leads to the water stinking.

This also harms the ecosystem in the ocean around the area. You will also find garbage and plastic floating around the coastline which is not very welcoming for those who visit the beach for a relaxing swim. But the worst part about this beach is that; There are rumors circulating that the greyish color of the beach sand is due to the fat from the many liposuction clinics in and around the beach. So much so, the name “Repulsive Bay” has been given to the area. 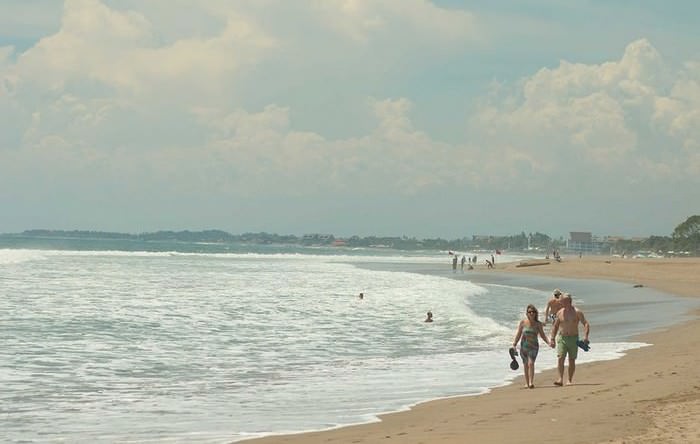 Bali is definitely one of the first places you would think of when considering a beach vacation. But its booming tourism industry is quickly destroying the pristine environments this island paradise has to offer. The Seminyak beach strip, in particular, which lies between Kuta and Legian is one of the dirtiest.

Even with top quality restaurants, hotels, and bars, the area is being polluted by agricultural runoff, industrial waste, sewage waste, and even refuse from the urban surroundings. The fertilizers used on the nearby farms are also causing hazardous conditions for tourists and locals alike. Due to poor waste and pollution management, the authorities are finding it hard to keep up with the enormous amount of litter that is washing up on the shores. 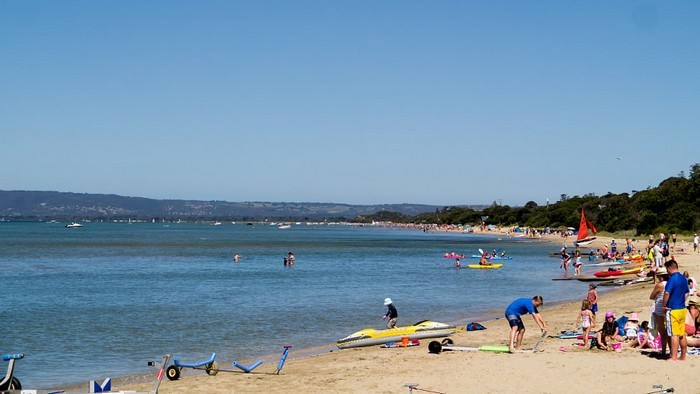 Being one giant island, Australia is potentially the best beach hotspot in the world. With some of the most famous beaches found along its shorelines; You would find it hard to imagine that the country also holds some of the dirtiest beaches in the world. The Port Phillip Bay in Victoria is, by far, the worst. Over 100 years ago, when the region was drastically changed for development, 300 plus drains were installed to run into the bay.

As a result, the shores in the region see large amounts of plastic bags; Dozens of syringes, broken glass, and other garbage on a weekly basis. Because of this dirt, the bacteria and algae build-up has also risen, resulting in foul-smelling water. To be precise over 800 million bits of waste ends up flowing right into the bay every single year and no matter where the garbage is discarded in Melbourne it ends up in Port Philip Bay. 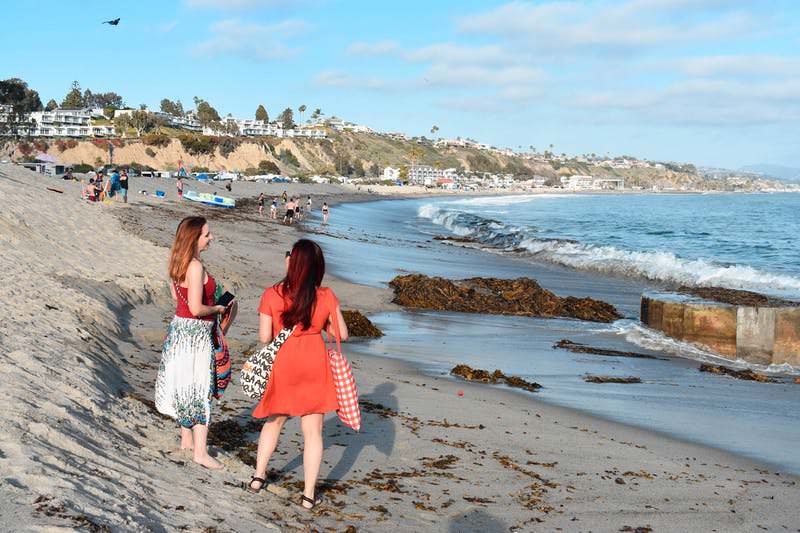 California is a surfer’s paradise and South California is a popular area for surfers from all around the globe. Unfortunately, the Doheny State Beach is no longer the attraction it once used to be. Regarded as the ‘SoCal Surfer’s Beach’ until recently, this beach has become more of a hazard for a number of different reasons.

For starters, the seagull droppings make the water quite unpleasant. Then comes the runoffs from the urban region around it that contaminates the water even more. Finally, the location of the beach draws pollutants, garbage, and waste in. Water samples taken from the beach have failed the state standards on many occasions. And the government has been forced to put up signs warning visitors to stay out of the water. 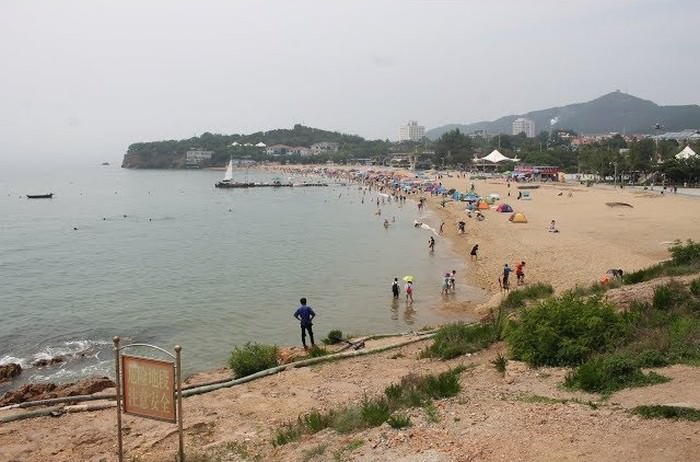 We all know how populated China is, so you can only imagine its beaches. Unfortunately, you don’t have to imagine with the Fujiazhuang beach giving us everything we need to know. Thousands of people visit this beach every day which makes it excessively polluted. Not only is it overcrowded but the amount of trash found on this beach is just as overwhelming.

With so many people flocking to the beach, there is barely any space lay down on the sand or even enjoy a swim without bumping into another person. But, if that doesn’t put you off, the beach is also short on toilets. There is about 1 toilet block for every 10,000 people. Which means the visitors are doing their business in the waters around you. You need to note, this beach is not the perfect spot for a holiday or vacation with the family. 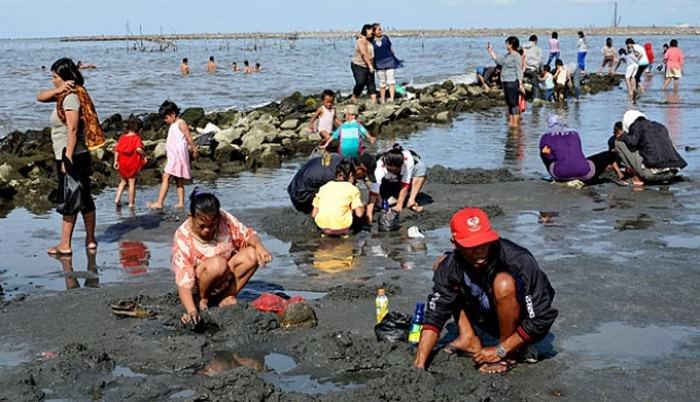 If you can smell a beach from over a mile away! You might want to stay away from its sandy shores. The Marunda beach located in Indonesia is one of the filthiest beaches in the world. But is also one of the most popular ones. Not far from the north of Jakarta, this beach has been voted as the most dirtiest and digusting beaches for decades. The tide and wind currents on this beach pull in any and every ounce of garbage, waste, and refuse from all its surrounding beaches, which surprisingly are also just as dirty.

The factories found around this beach freely release oil and waste into the already murky waters. Even though this beach resembles a giant garbage dump. But it is a favorite spot for many locals and tourists as well. Pretty hard to find, the road to the beach is infuriating unless you have visited before and know how to get there. Families that visit should keep a close eye on their children to keep safe from unwanted hazards. 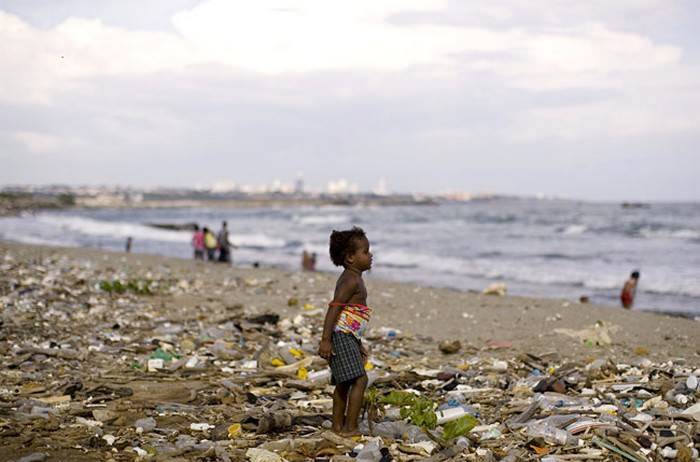 The Dominican Republic is a beautiful Caribbean beach destination. But there is one beach in the region that should be avoided at all costs. The Haina beach in Santo Domingo is not only dirty but extremely dangerous. The sand and water of this beach have been found to contain extremely high levels of lead. Coming from an illegal car battery plant; The lead has not only caused harm to the beach, but also to the people living in Bajos de Haina. Given the name “The Dominican Chernobyl”, many people in the area and tourists have had lead poisoning just by visiting the beach or surrounding areas. 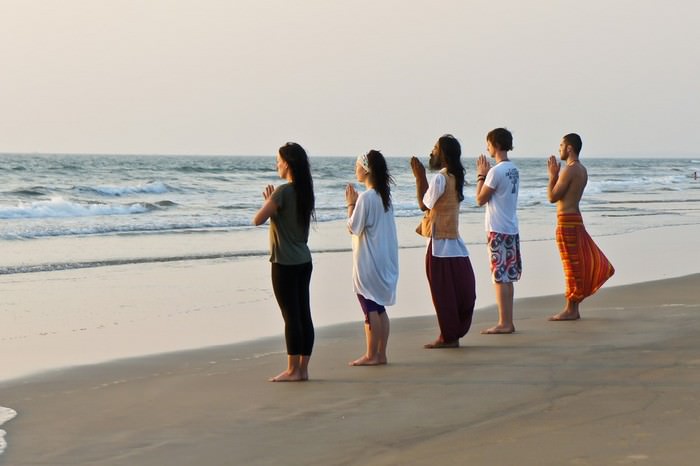 It would surprise most that Goa is even on this list. Leave alone at the top of it, but this once majestic holiday destination is now considered to have the worst beaches in the world. With over 2.5 million tourists flocking to this city every year; One can only imagine the trash, garbage, sewage, and waste left behind on the sandy shores. Thousands of broken glass bottles, sewage from the developing areas around, burning plastic, runoffs from the many mining locations, and the waste from all the hotels nearby have turned Goa from a paradise to a plague. Another cause for the deterioration is the free-roaming cows that drop their excrement on the beaches and in the water which makes it unsafe for humans.

There you have it, 10 of the dirtiest beaches that you should definitely avoid. So, next time you plan a beach vacation with the family or friends, make sure you do your research and avoid the places mentioned above.