Queen’s lawyers acted for politician now accused by US prosecutors

After almost 70 years on the throne, the Queen has been served by 14 prime ministers and been advised by nine private secretaries. But in that time one thing has remained unchanged: her choice of solicitors.

Throughout her reign, the Queen has been advised by Farrer & Co, an elite London firm with a long history of representing members of the royal family and aristocracy.

The firm that has remained by the Queen’s side since her coronation is now under a spotlight, thanks to the Pandora papers.

There is no suggestion of wrongdoing. The documents do not show rules were broken. They do, however, show that one of its clients has been Abubakar Bagudu.

Bagudu is a Nigerian politician who the US Department of Justice (DoJ) has accused of playing an “instrumental role” in a notorious corruption scheme through which billions of dollars was looted from the west African nation.

So how did a company like Farrer & Co end up in the company of Bagudu?

It is a complex story – but the case highlights important issues. Not just for firms such as Farrer & Co, and how and why they come to make the decisions they do, but for UK and US law enforcement agencies too.

In recent years, they have become increasingly frustrated by the way individuals linked to corruption overseas ended up using respectable English law firms to manage their money.

The hunt for Abacha’s money

This saga has its origins in the late 1990s with the death of Sani Abacha, the country’s notorious dictator.

After Abacha’s death in 1998, the country’s new government accused the former military ruler of overseeing a vast conspiracy to steal between $3bn and $5bn (£2.2bn to £3.7bn) from Nigerian state coffers. A hunt for the money has been going on since – the decades-long search has traced the allegedly looted billions through a chain of front companies to accounts in Paris and London.

Bagudu was an associate of Abacha and as early as 1999 he accepted in a Nigerian court that he had received funds from the dictator. The Nigerian government alleged he was directly involved in Abacha’s corruption, but in 2003 the two sides reached a court-approved settlement and Bagudu agreed to return about $300m of his fortune with no admission of wrongdoing.

According to the Pandora papers, the law firm was acting for Bagudu as early as February 2010, helping him and his brother Ibrahim transfer the ownership of €98m (£113m) from a British Virgin Islands (BVI) trust to a complex structure in Singapore and the Cook Islands, a secretive jurisdiction that offers high levels of asset protection.

Documents show Farrer & Co engaged the services of Asiaciti, a family-owned trust company in Singapore, to administer the new structure, which was called the Blue Group. Once it was created, Farrer & Co continued to beinvolved in managing the trusts and the Bagudu family’s relationship with Asiaciti. 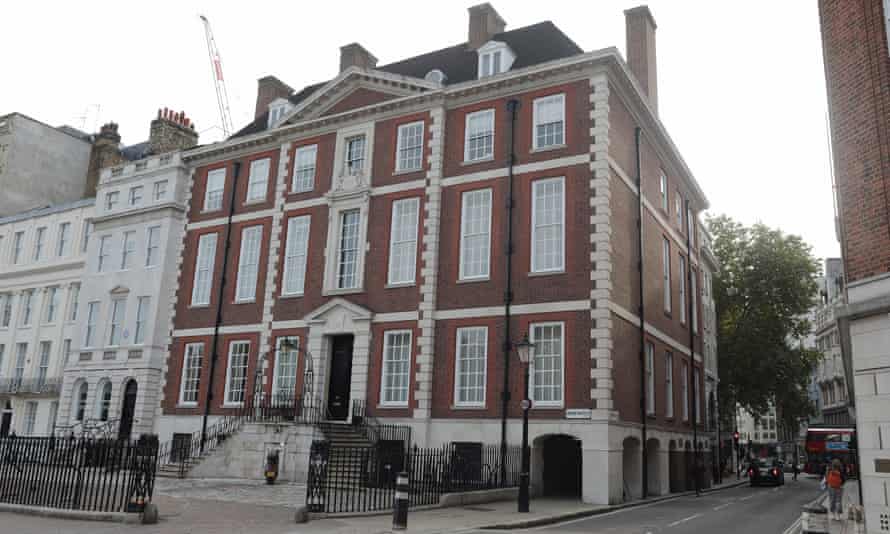 Though Bagudu had settled with the Nigerian government seven years earlier, the claims about Abacha’s looted money had not gone away. They still haven’t.

But both Farrer & Co and Asiaciti appear to have taken a reputational risk in taking on Bagudu as a client. Ultimately it was one they were prepared to take. Farrer & Co explained to the Guardian it had conducted “extensive due diligence” on Bagudu, which had met the firm’s “legal and regulatory obligations”.

Farrer & Co explained to the Guardian it had conducted “extensive due diligence” on Bagudu, which had met the firm’s “legal and regulatory obligations”.

Certainly, checks were made. The documents show that in April 2010, Farrer & Co received a response from another firm representing Bagudu, which it had contacted to ask about their mutual client’s source of offshore wealth. The other firm acknowledged Bagudu had faced criminal investigations relating to the embezzlement scheme and had been arrested and detained in the US for six months.

But it assured Farrer & Co that Bagudu had reached a settlement with the Nigerian government allowing him to retain the funds held in the BVI trust.

In August 2010, Farrer & Co submitted a suspicious activity report (SAR) to the UK’s Serious Organised Crime Agency (Soca) to obtain the law enforcement body’s consent to transfer the assets held by Bagudu’s trust in the BVI to the new structure.

A spokesperson for the firm said a “detailed precautionary report of the transaction including the assets and their whereabouts” was made to UK law enforcement, which granted consent in early September. Two days later, the €98m of cash and securities were transferred into the Blue Group, documents suggest.

Some of this money soon began flowing directly to Bagudu and his brother, who helped manage his financial affairs. 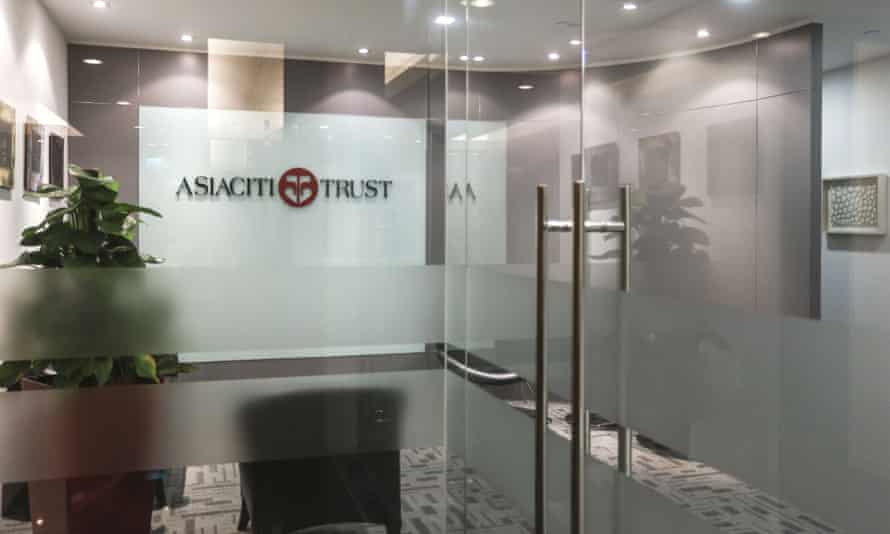 Asiaciti appears to have made its own assessment of Bagudu, too. An internal memo written by the head of Asiaciti acknowledged he had “a somewhat controversial background”, but still accepted him as a client.

Describing Asiaciti’s rationale, he wrote he was “further comforted” by the fact “a prestigious London law firm, who act for the royal family, have accepted the explanations provided and have been prepared to act for the client”.

By May 2013, Asiaciti had decided it needed to conduct “enhanced due diligence” on Bagudu and his request for funds from the Blue Group. Farrer & Co intervened. Documents show the firm pointing out that Bagudu’s brother was “not entirely happy about the level of scrutiny”, and suggested to Asiaciti that this was unnecessary.

The London firm reminded Asiaciti that Bagudu had years earlier specified he wanted the trusts’ assets to be managed in a way that ensured funds would be made “readily available” for his wife and children who, he said, should be “generously supported in the style to which they are accustomed”.

Four years later, the judgments made by Farrer & Co and Asiaciti about the “somewhat controversial” Bagudu were put in an uncomfortable light.

In 2014, the DoJ homed in on Bagudu’s assets, alleging he had helped Abacha to “launder the proceeds of the conspiracy” through an elaborate network of fake companies. Prosecutors alleged Bagudu then siphoned some of the stolen money into bank accounts he controlled.

In a public statement, the DoJ said: “The complaint alleges that General Abacha, his son Mohammed Sani Abacha, their associate Abubakar Atiku Bagudu and others embezzled, misappropriated and extorted billions of dollars from the government of Nigeria and others, then laundered their criminal proceeds through US financial institutions and the purchase of bonds backed by the United States.”

In March 2014, US prosecutors brought civil forfeiture proceedings against more than $500m of assets they said were derived from an “international conspiracy” to launder the proceeds of the Abacha-era embezzlement scheme.

Within months, the UK authorities assisted US prosecutors in obtaining a court order freezing Bagudu’s assets in the UK: €107m held in investment portfolios with exclusive wealth managers in Mayfair. In early 2015, Soca’s successor, the National Crime Agency (NCA), was in court again to ensure the freeze remained in place.

Bagudu, 59, has denied any wrongdoing.

Farrer & Co told the Guardian any criticism of the firm was unwarranted, pointing out it had received consent from UK authorities before transferring control of the assets to the new trusts. However, that raises questions for Soca about why its own due diligence and anti-corruption checks had not picked up the same concerns as the Americans.

Both Farrer & Co and a lawyer for Bagudu also denied there was any attempt by their client to hide the assets in the new trust structure, saying they had disclosed details of how the assets were ultimately controlled to relevant authorities. They did not explain why Bagudu formed the trusts, which are not illegal, but said he had been allowed to retain the funds as part of the 2003 agreement with the Nigerian government.