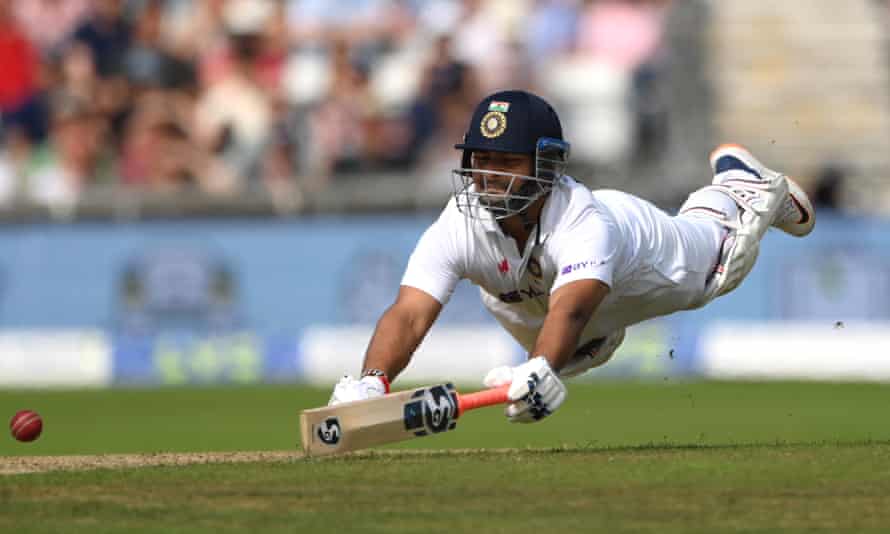 It was 50 years ago that India won a historic Test at the Oval to seal their first series win on English soil. The hero then was the leg-spinner Bhagwat Chandrasekhar, who took six for 38 in the second innings, leaving India with a target of 173, which they chased down with four wickets to spare, thanks to a team batting effort in which no batsman reached a half century but everyone chipped in.

In the course of that Test match, Indian supporters borrowed Bella the elephant from Chessington Zoo and brought her to the Oval. The team saw this as a good omen, for the animal’s arrival coincided with the festival of Ganesha, the elephant-headed god worshipped as the remover of obstacles. Now, as India go into the fourth Test with the score 1-1, it’s time to talk about the elephant in the room, even if there won’t be one at the ground.

At Headingley India were rolled out for 78 by an England attack missing six bowlers – Jofra Archer, Ben Stokes, Stuart Broad, Chris Woakes, Mark Wood and Ollie Stone. The most obvious course correction would be to bring in a specialist batsman to bolster the batting. But, in the aftermath of the loss, Virat Kohli categorically ruled this out, saying that doing so meant the team would be going into the fourth Test with only two outcomes; the draw or the loss, likely.

While plenty of teams have won Tests taking 20 wickets with only four specialist bowlers, the captain’s assertion means that Hanuma Vihari, who would be the first-choice specialist bat to come into the mix, will probably stay on the bench. What this means is Rishabh Pant has to do more at No 6. As wicketkeeper, he is more than earning his wages, having improved out of sight. 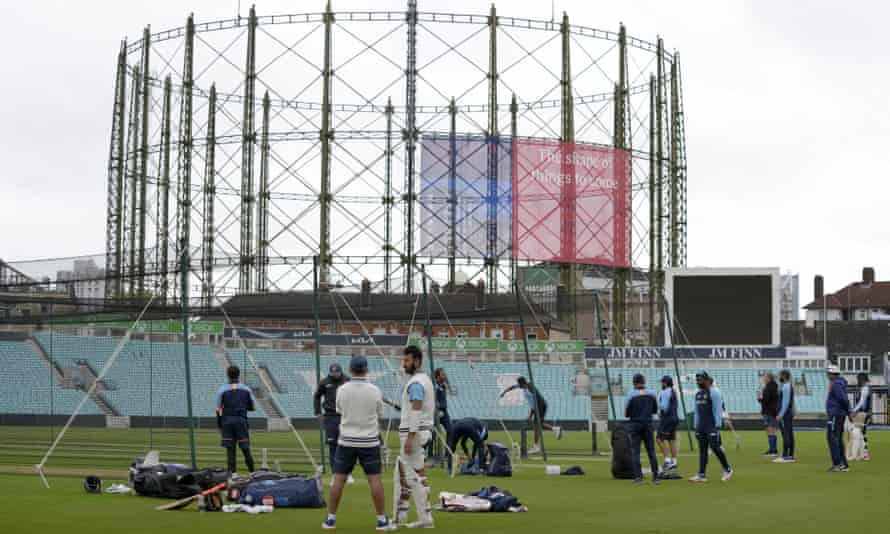 The India team during a nets session at the Oval in preparation for the fourth Test against England. Photograph: Kirsty Wiggles

When India were in England three years ago, Pant was more ball stopper than Test wicketkeeper, but as he has settled into the team and been given the confidence every young cricketer needs, his skill has improved dramatically. That he has worked equally hard on his fitness must play a part in this. However, it was at the Oval in 2018 that Pant underscored the X-factor that the team saw in him, with an audacious second-innings hundred after India were reduced to three for two and then 121 for five.

Pant began with some uncharacteristic blocking, mostly off Moeen Ali, but on the 13th ball he faced he skipped down the track and, with one hand off the bat, clobbered the ball into the stands. It was the shot that turned the tide. He swapped first gear for cruise control and went on the attack, reaching 50 in 78 balls and sprinting to 100 off 117 balls.

On that day, Pant’s innings was underpinned by clarity of thought and simplicity of shot selection, both of which have been conspicuous by their absence in this series so far, where he has scores of 25, 37, 22, 2 and 1. The times he has got starts, Pant has looked the part, but has let impetuousness get the better of him. As a high-impact player, Pant is never likely to enjoy the consistency of his more restrained colleagues, but India need a more thoughtful version.

Pant’s batting is ideally suited to extremes. At 50 for four when all hope seems lost, his counterattacking style is priceless. At 300 for four, when the innings needs an adrenaline shot, his fearless and adventurous stroke play can crush opposition bowlers. But, it is the middle path that seems to cause Pant the most trouble. When all that is needed is a calm half-century, building partnerships and ticking the scoreboard along, building towards something substantial.

It is worth considering whether the presence of an additional specialist batsman would free up Pant to do what he does best. Or at least a slightly shorter tail, which could very well be the case when Ravichandran Ashwin is back in the mix. To that end, it would not be a purely defensive move to play the extra batsman, even if the Indian captain perceives that to be the case.

What’s more, India’s quick bowling stocks are as good as they have ever been. Which would suggest that the captain could show a little more faith in three fast bowlers being enough to do the job in conditions that favour that flavour of bowling.

Aggression, positivity and intent come in many shapes and forms as India and England have seen in this series already. Just occasionally, especially in Test cricket, defence may be the best form of offence. For Pant the batsman and India the team, this is something to contemplate as they seek to bounce back. This Indian team is most dangerous when they feel like it is them versus the rest of the world. And Kohli’s prickly post-match press conference shows they have embraced that.

If they can show the wisdom and patience of the elephant in selection and strategy and then charge like a tusker in heat, they will not be denied.