As the Covid-19 pandemic hurtles towards its second anniversary, New Zealand will emerge from 2021 with some of the best health outcomes in the world, despite confronting its toughest few pandemic months.

This year New Zealand experienced its longest lockdown, its highest daily case numbers (222 in mid-November), more hospitalisations than in 2020 and a pivot away from the government’s ambitious elimination approach to one of strict virus control. But it can now boast a 90% double vaccination for the eligible population and one of the lowest per capita death rates, while its cases in the current outbreak are trending downwards.

As other countries reimpose restrictions alongside the Omicron variant’s emergence, New Zealanders can look forward to celebrating Christmas and the new year with family and friends. With no community cases of Omicron yet detected, restaurants, cafes, cinemas, sports venues and night clubs remain open with minimal constraints aimed mostly at the unvaccinated.

“I’m really proud of the decisions that we’ve made this year because they have stopped people from dying from Covid-19,” says Chris Hipkins, the Covid-19 response minister. “We know too from the past two years that a good health response is also the best economic response – and that gives our country great reason to celebrate.” 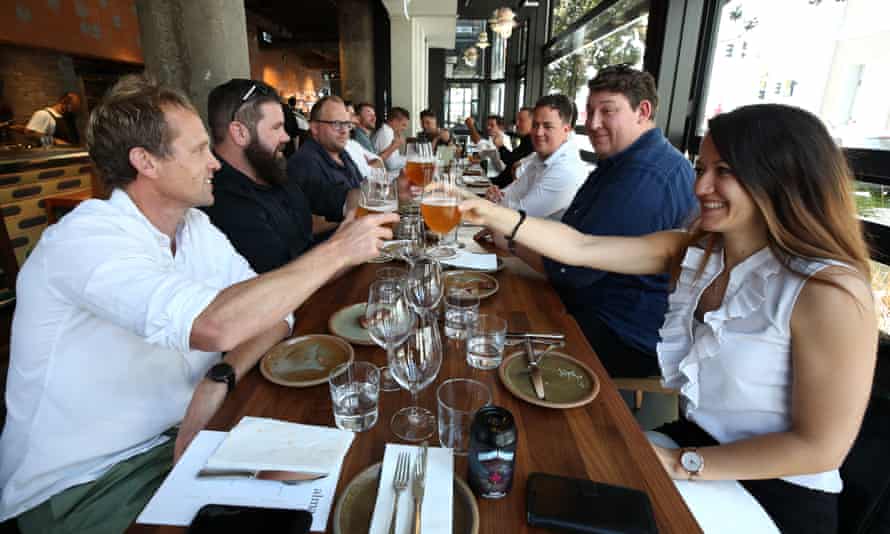 New Zealand has high Covid vaccination rates and one of the world’s lowest per capita death rates.  Goodall/Getty Images

Until August, New Zealand had experienced relative normalcy for a year, with just a few community cases that were rapidly stamped out, open schools and workplaces, and even 50,000 people attending a single concert while the virus raged overseas. When Delta broke through the border and into the community, vaccination efforts ramped up and a new approach to tackling the virus was ushered in.

“I think it’s very pleasing that we are reaching, by international comparison, high levels of vaccine coverage, while at the same time having suppressed cases and prevented hospital overwhelm,” says Dr Jin Russell, a developmental paediatrician.

“We have had more days of in-person schooling over the pandemic than most other countries. From a child-centric point of view New Zealand has actually done very well.”

‘No one is safe until we’re all safe’

New Zealand’s success story has some caveats. The staged vaccine rollout began in February but has been criticised as sluggish and inequitable. This month, the Waitangi Tribunal – which makes rulings based on claims brought by Māori against the crown – found the government’s rollout had failed in its duty to Māori, after it rejected advice from its own officials to adopt an age adjustment for Māori, who have a younger population and are more vulnerable to the effects of Covid-19.

It also ruled the rapid shift to the Covid-19 Protection Framework, commonly known as the “traffic-light system”, put Māori health providers under extreme pressure, undermining their ability to provide equitable care for Māori. 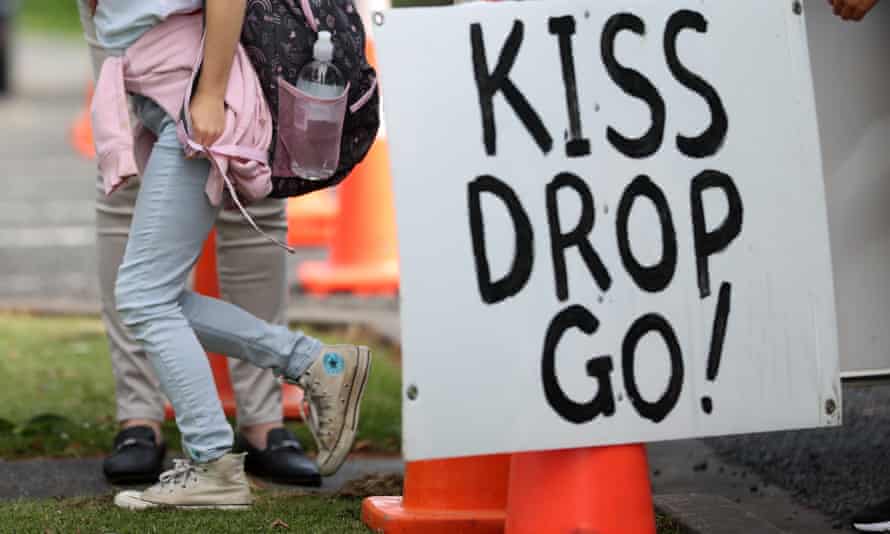 In the face of this, Māori vaccination rates are rapidly improving, which is largely thanks to a huge push from Māori health and community organisations working on the ground, and in some cases going door-to-door to educate and support people to get the vaccine.

“As a nation, Māori and non-Māori can be really proud of the way Māori providers, and Whānau Ora [family health] providers across the motu [island] have come together and rallied for the betterment of Aotearoa whānui [broader New Zealand],” says Elijah Pue, the lead for Te Ranga Tupua – a collective made up of iwi (tribes) delivering health services across parts of the North Island.

New Zealanders abroad and migrants whose families have been unable to join them in New Zealand have also felt isolated and angered by the government’s response to the pandemic, which included closing the international border in March 2020.

Since then those wishing to return have had to vie for places in the country’s oversubscribed managed isolation and quarantine system (MIQ), with thousands saying the difficulty of getting home has taken a financial, emotional and psychological toll.

This week’s announcement that the government was delaying the staged quarantine-free reopening of the border until the end of February, while spots in MIQ were also pulled due to the threat of Omicron, caused further anguish for those stranded abroad.

“The right to enter your own country is a not a time-limited, ‘one and done’ right,” the campaign group Grounded Kiwis tweeted. “There are sensible science and risk-based ways to get more people back while controlling the risk.”

But with Omicron “throwing a spanner in the works”, microbiologist Siouxsie Wiles said the government must be cautious with its border reopening plans.

“We’ve started well, and hopefully people will understand why we need to continue on this path, because we have to stop transmission of the virus everywhere,” Wiles said. “No one is safe, until we’re all safe.