Is this the Apple car? Patents "say" yes 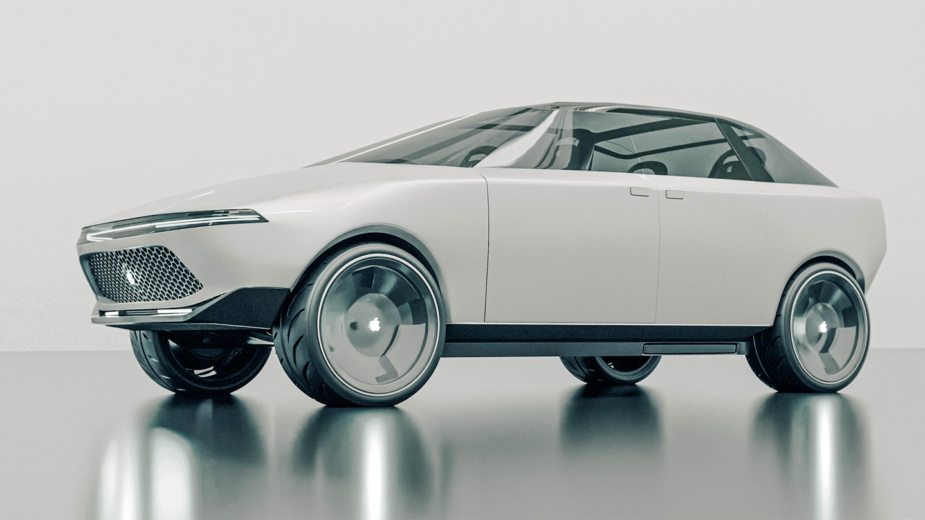 Speculation around Apple's car has raged for several years and continues to gain new chapters, with the tech giant holding the services of several automotive experts and registering several important patents.

And it was precisely on the basis of these patents that Vanarama , a British company specializing in leasing , created a digital sketch of what could be the much speculated and desired by many Apple Cars.

On the outside, Vanarama's designers opted for the “fashionable shape”: an SUV with a coupe-like feel, with a very high shoulder line and a wide glazed surface, anticipating a very well-lit cabin. But there we go.

NOT TO BE MISSED: Evolution of the Apple CarPlay will allow you to control electric seats and climate control 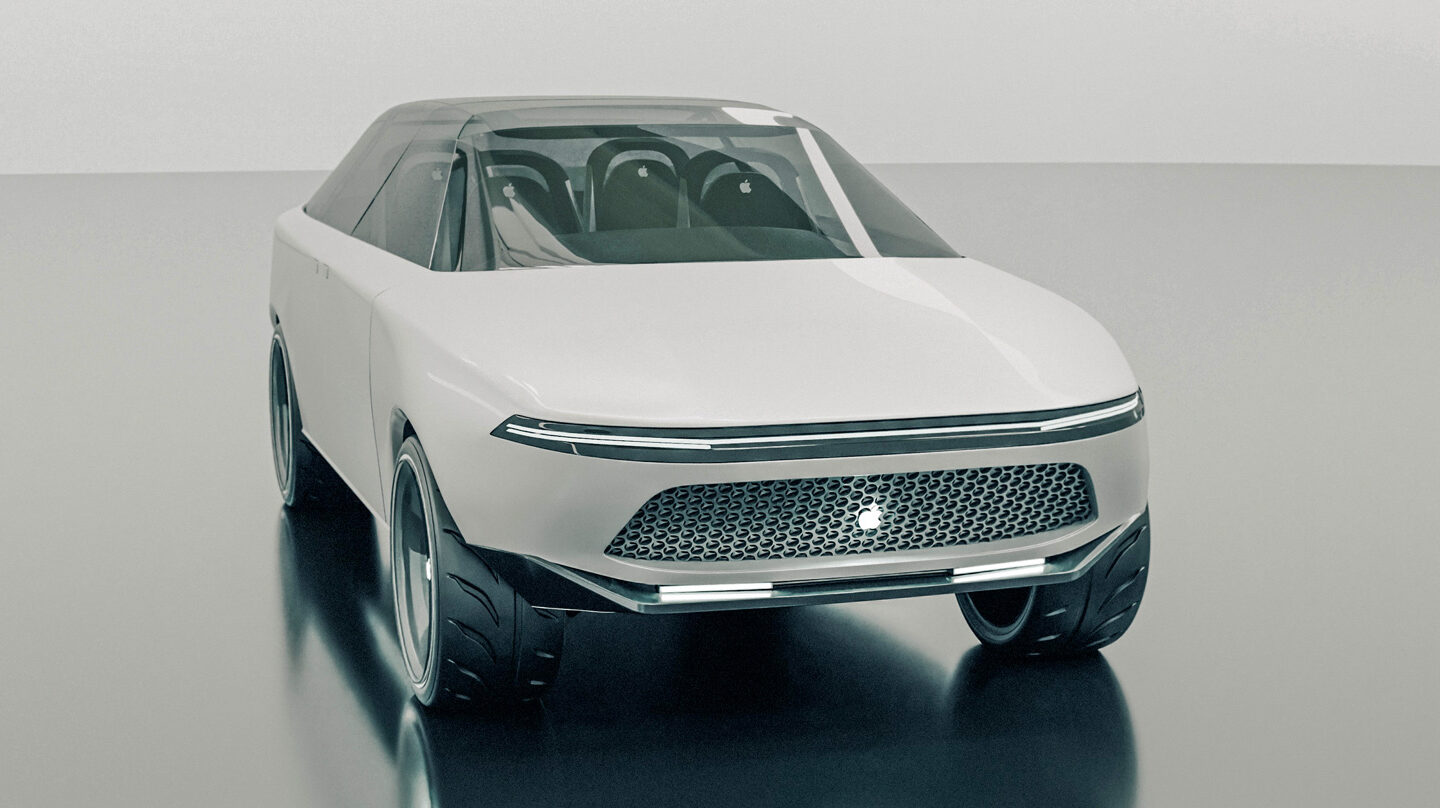 First, it's important to talk about the exterior, which starts immediately by standing out at the front, marked by a horizontal luminous signature and a grille with a pattern inspired by the Mac Pro.

The Californian company's logo is prominently displayed on the front, center and rear, interrupting the luminous strip that extends over the entire rear section. 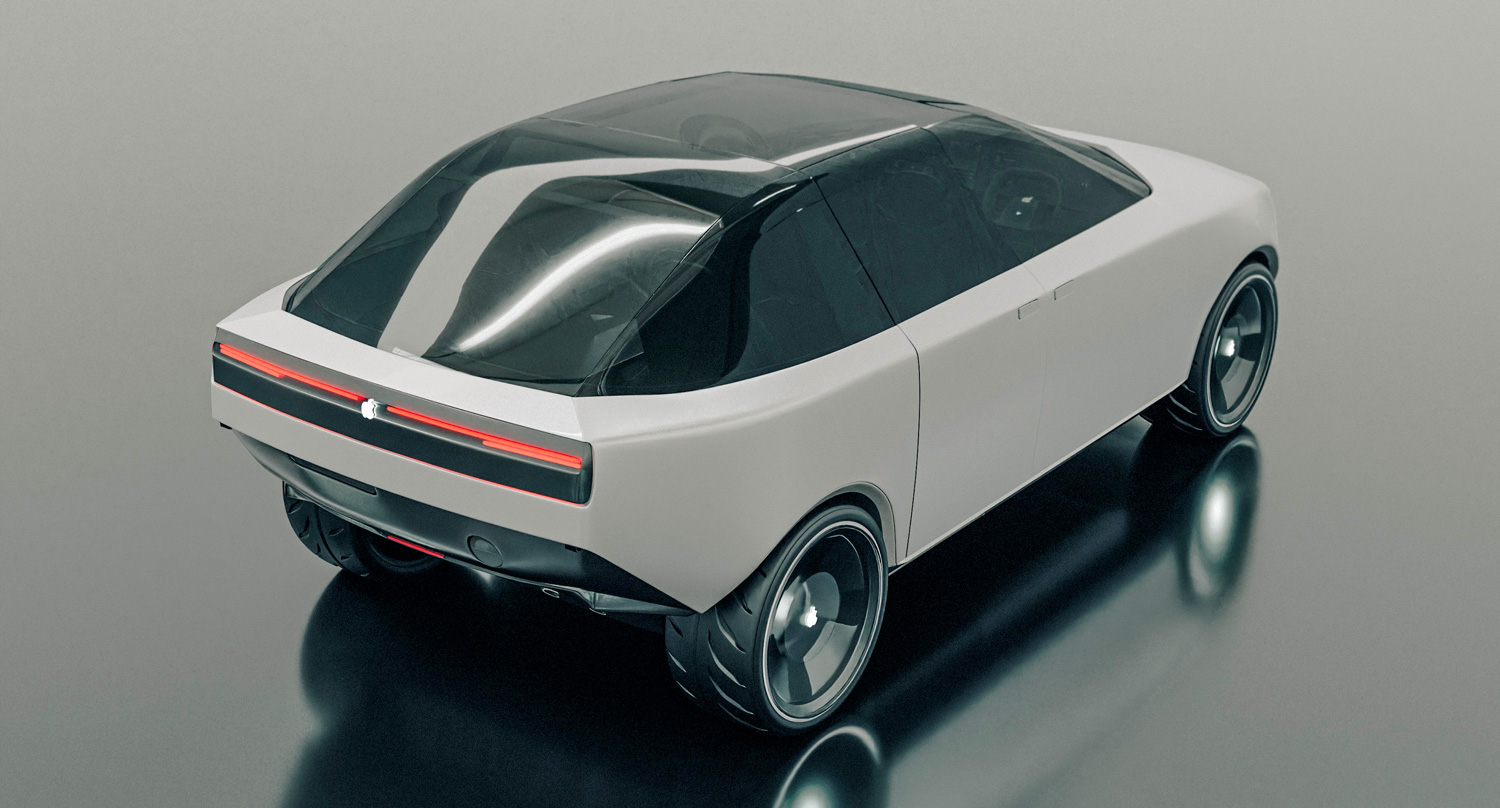 But it is the glass dome, without the traditional A and B pillars, that stands out the most and is the result, according to Vanarama, of a patent (number US10309132B1) for a vehicle structure without pillars.

Even the C-pillar looks more like a safety arch as seen in convertibles from the 1980s, which also serves as the basis for some more structural elements in the roof.

Inside the cabin, four seats can be arranged according to each situation: all four can be facing in the same direction or facing each other. 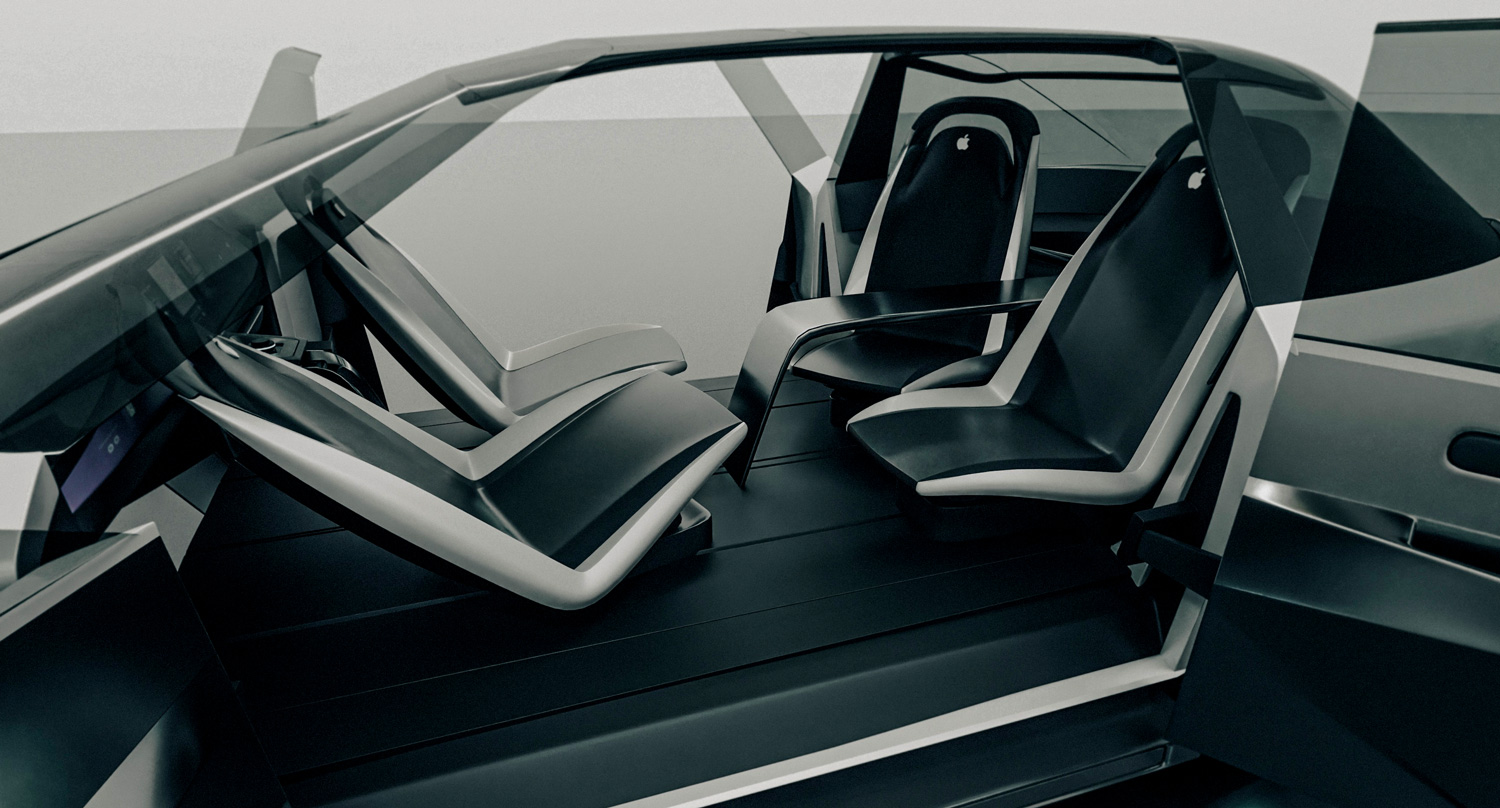 According to the patents already registered by Apple, we will have at our disposal Siri, the well-known voice assistant of the Cupertino brand, and several elements that refer us to the iPhone.

At the center of the steering wheel there will be, according to Vanarama, a touch panel with direct access to Siri that will team up with a touch screen that extends across the entire width of the dashboard, with graphics similar to those found in Apple's operating systems. 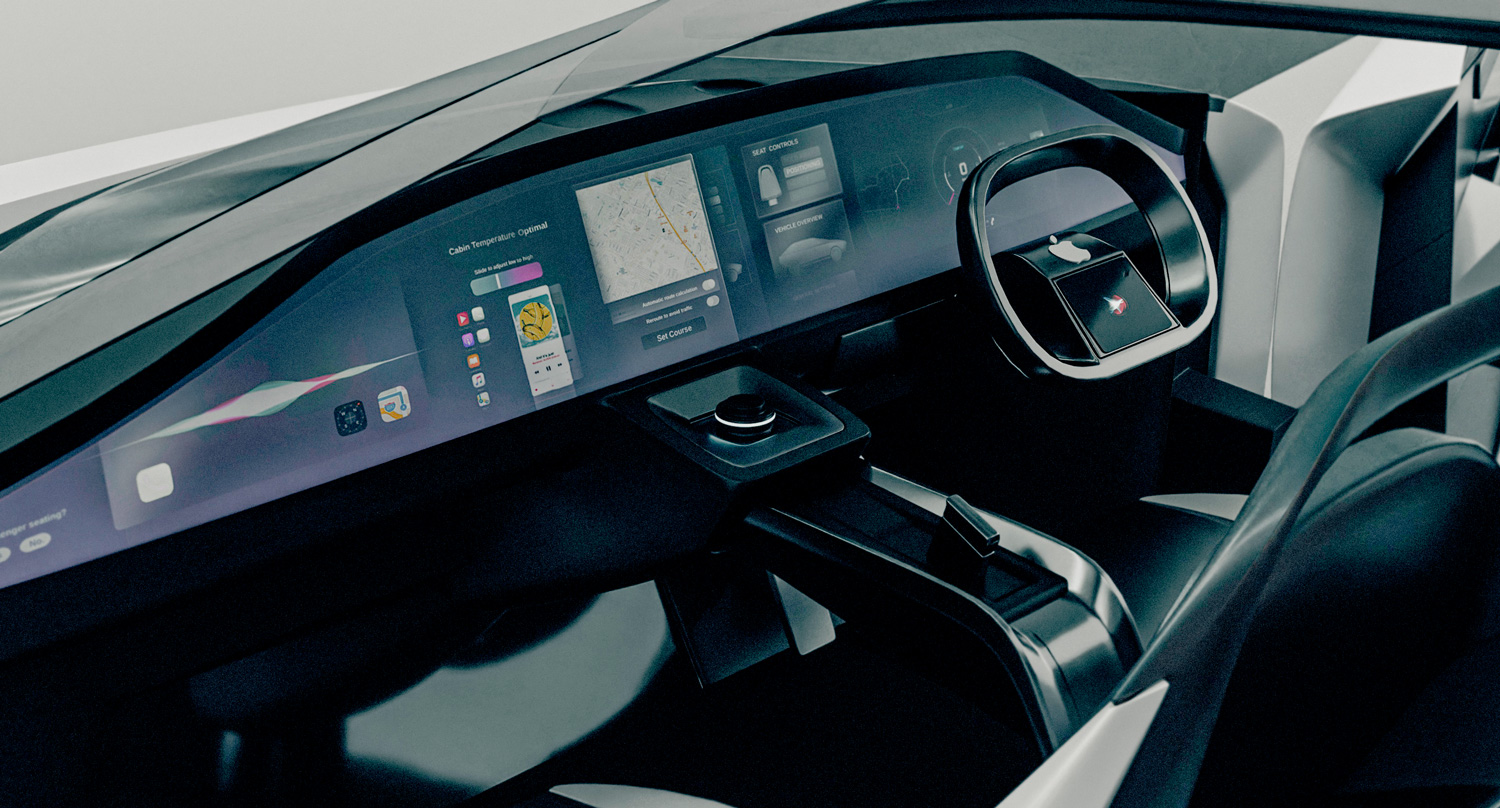 According to patent EP2581248B1, this panel will be fully customizable and will not have a frame, something that is supported by the patent description with the number US20200214148A1. 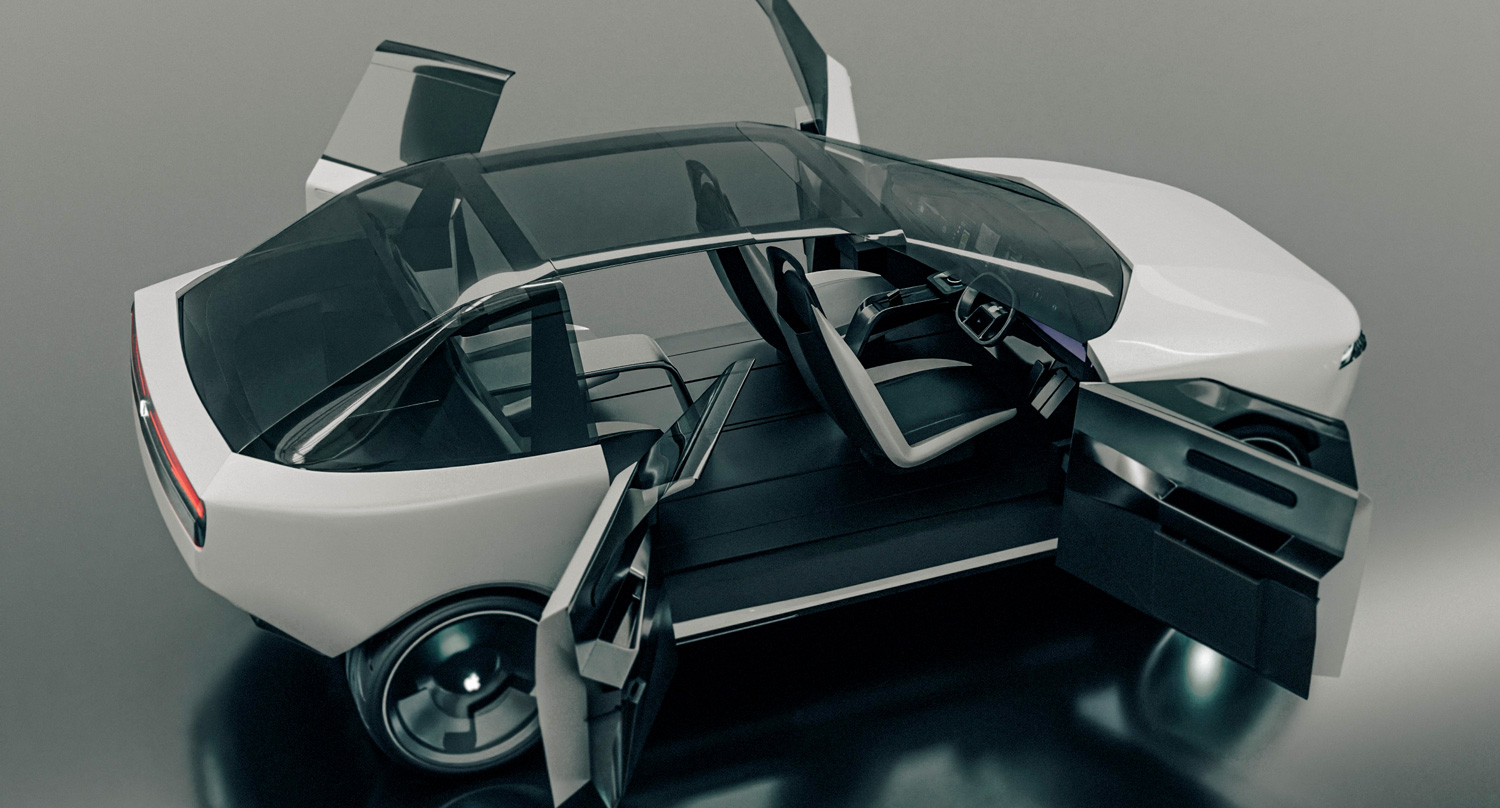 Of the more than 1,000 contributors who have already been assigned to the Apple Car project, several hundred have already left the company — many of them at their own request — to join other electric car makers.

But when it was thought that the project had lost steam, rumors resurfaced about the hiring of dozens of employees in 2019, namely in the area of ​​product development and design, after acquiring the North American startup Drive.ai, specialized in driving autonomous.

It is recalled that the project of the “Apple Car” also came to be associated with Hyundai , after there were rumors that the South Korean manufacturer was in negotiations to help develop the Apple Car.

At the time, Hyundai assumed that it was in talks with “several companies” about possible cooperation to develop autonomous cars, never confirming the rumors of negotiations with Apple. But shortly thereafter, he ended up putting an end to the matter.