THIS is the moment footy fans invaded the pitch to take selfies with Manchester United star Bruno Fernandes.

The incident happened on Tuesday as Portugal beat Azerbaijan 3-0 in a World Cup qualifier. 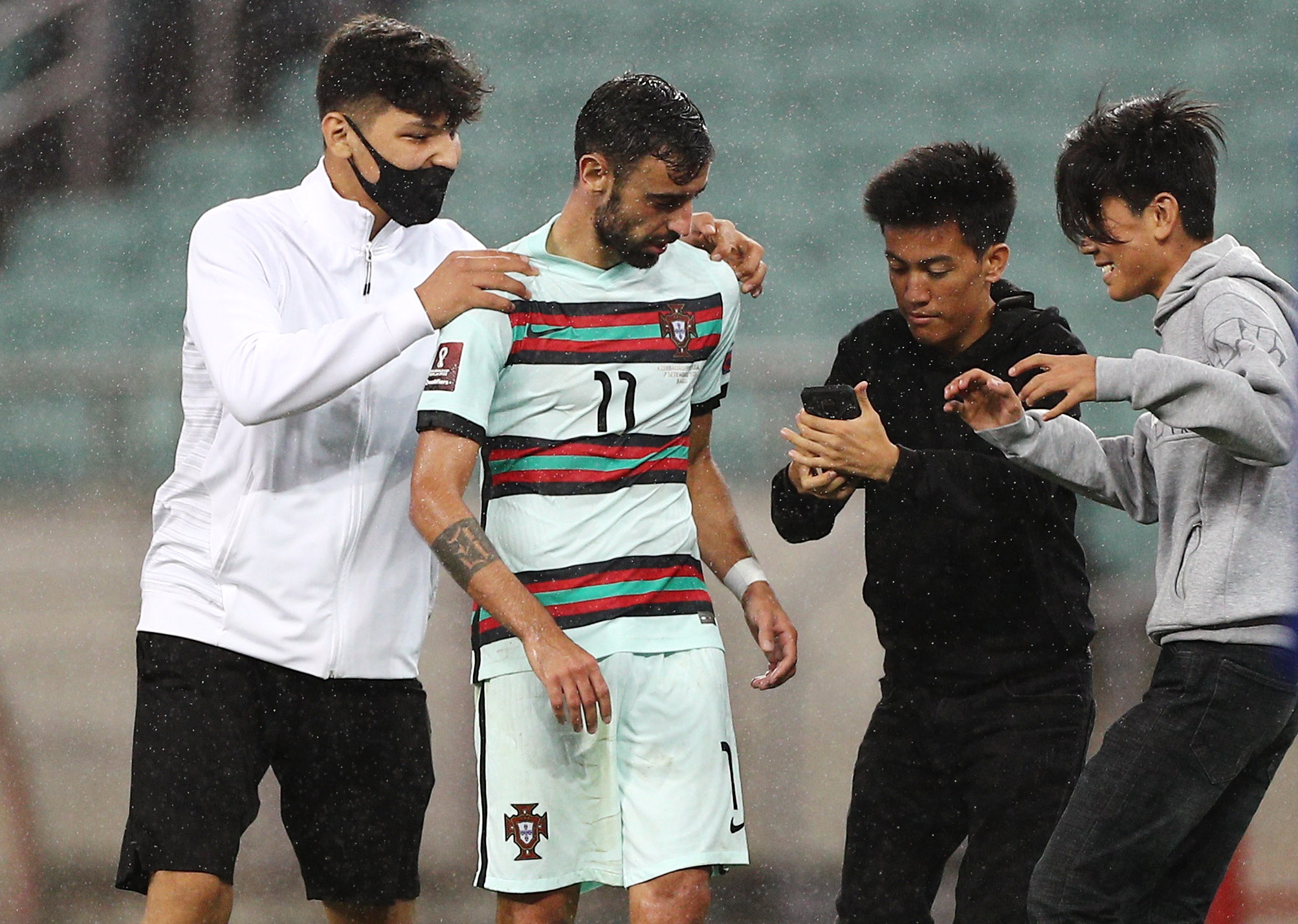 Man Utd star Bruno Fernandes was approached on the pitch for selfies with fansCredit: Reuters 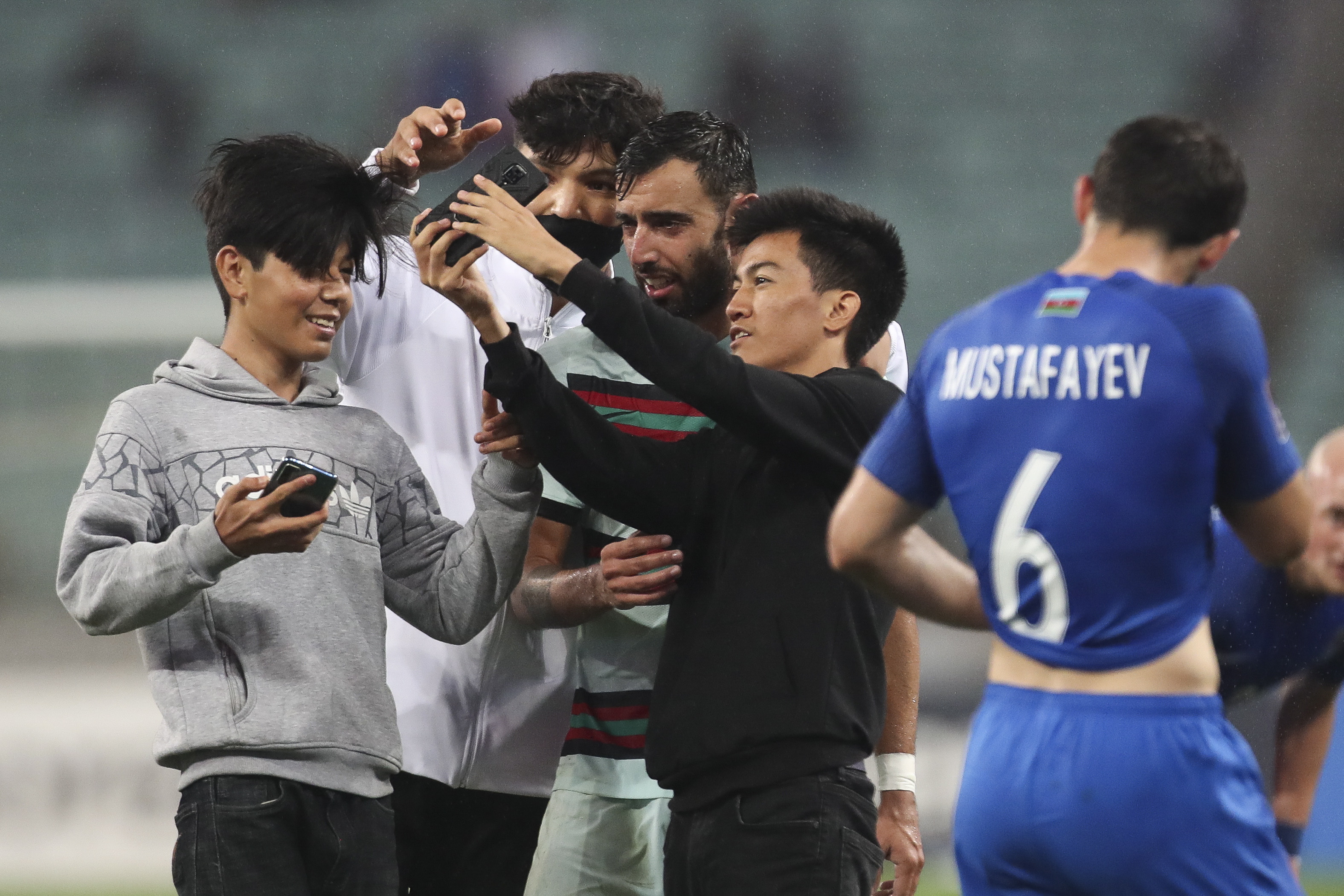 Three supporters were able to storm the field and run up to United ace Fernandes without being stopped by security.

The youngsters looked to be delighted standing in the playmaker’s presence.

And they instantly produced phones for a round of selfies.

Fernandes appeared to look a bit shocked that local security were doing nothing to intervene.

And he ended up posing for photos before the invaders exited, allowing the game to restart.