For many, the overriding image of agriculture in the Amazon is one of environmental destruction. About 80% of deforestation in the region has been attributed to cattle ranching, tainting beef exports.

Brazil’s beef industry hopes to tempt buyers back to the Amazon region, which covers about 40% of the country’s total area, with a new deforestation-free pledge. But critics are concerned it could effectively legalise deforestation in the region.

In May, government officials began fleshing out the details of the so-called Amacro sustainable development zone, which it is hoped will lead to a massive intensification of agriculture in the Amazon. The Brazilian president, Jair Bolsonaro, is expected to greenlight the project later this year.

The Amacro zone – an acronym taken from the states it covers: Amazonas, Acre and Rondônia – is a vast 465,800 sq km (180,000 sq mile) region in north-west Brazil. It encompasses the Mapinguari national park, Brazil’s fifth largest protected area, and the Kaxarari indigenous territory, where the tribe has struggled to defend its land against loggers. Greenpeace has identified the northern portion of the zone as an emerging deforestation hotspot.

Previous agricultural development projects have led to the loss of vast tracts of native vegetation in other parts of Brazil, but Amacro’s proponents promise it is being designed to prevent illegal deforestation. Edivan Maciel, the former agriculture secretary in the state of Acre, says the aim is to produce more beef on land that has already been cleared. It is about “optimising what we already have without having to advance over the forest”, says Maciel, a Bolsonaro-allied appointee.

But Humberto de Aguiar, a federal prosecutor in Acre who handles environmental crimes, told the Guardian that the effect of the plan is such as “to legalise the deforestation already being done”.

Amacro is the brainchild of Assuero Doca Veronez, a powerful figure in Amazonian agribusiness, who told a Brazilian news site last year that “deforestation for us is synonymous with progress”. Veronez, a ranch owner and president of Acre’s Federation of Agriculture and Livestock, was fined for illegal deforestation in 2006. He denied any wrongdoing and said he sold the property in 2002.

Veronez says more intensive cattle ranching will enable more beef to be produced on less land and protect against deforestation. He claims to produce about 2.5 times the state average for beef. “Amacro can contribute to the preservation of these areas,” he says. 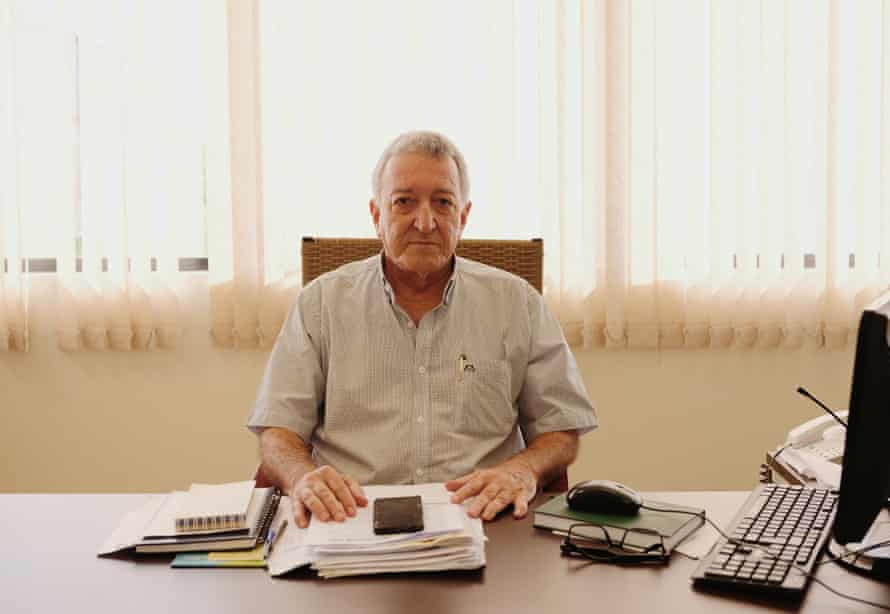 The idea that a shift to intensive ranching could cut deforestation in the Amazon is disputed by some researchers. It may be a flawed approach, concluded a University of California report in 2017, which noted, “the opposite could be true”.

Judson Valentim, a researcher at Brazil’s agriculture research agency, says intensification is unlikely to change the system responsible for the breakneck pace of deforestation. Veronez, like most large ranchers, relies on a network of smaller producers, most of whom, according to Valentim, lack the technical and financial resources to invest in more efficient grazing practices.

While ranchers like Veronez may avoid deforestation, their suppliers may not have the luxury to do so, says Valentim.

Growing demand for Amazonian beef has tempted more local people to raise cattle as a viable livelihood for feeding their families, leading to a sharp increase in illegal deforestation.

Gabriel Santos*, a small-time rancher from the Amacro zone, has been fined more than $130,000 (£96,000) for illegally clearing land in the reserve for grazing. But he says converting the forest to pasture is his only viable economic option.

Because Santos’ farm has been blacklisted by regulators, he cannot sell cattle directly to slaughterhouses. So he sells to a middleman, who sells on to the big ranchers.

If big ranchers become more productive, even if they do so without cutting the forest, it pressures the forest-razing cattle producers beneath them to grow their operations as well, says Valentim.

Veronez says he has nothing to do with other people’s environmental issues: “I’m absolutely against this kind of control.”

Although Brazilian law restricts most Amazonian landowners from clearing more than 20% of their property, lack of regulatory oversight helps to explain why 94% of deforestation may be undertaken illegally.

“It is very difficult to stay legal,” says Santos, who has racked up half a dozen eviction orders because of unpaid fines. He says with an annual income of $10,000, he cannot pay. He hides when government agents come to his property and fears he will eventually be hauled to jail. He attributes a recent heart attack to the stress.

“How am I going to support my family?” he pleads. “If I had another means of survival, I would leave. I only stay here because I have nowhere to go.”